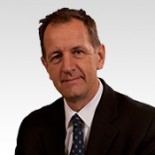 “On the Road with Stuart Chant, Helping you Become the Best you can be”

Why some of the most successful companies in technology, financial services and healthcare have us review their presentations before they make them

As the bus pulled out of the airport, en route to the car rental center, I turned to my neighbor and struck up a conversation.  Yes, I am that guy.  I discovered that he and his three colleagues had flown in to make a presentation to a large hair care company.  My fellow traveler shared that if the “pitch” were successful his company would land a sale worth about three million dollars.

I am interested in the art of the sale, and I really wanted to know the answer to this question: so I asked, “how much practice do you and your team do before making this kind of presentation?”  The answer:

A big fat none!

None, that hung in the air for a moment.  I was mildly stunned that a company would fly in a sales team and commit resources without taking the time to plan for success.

I know that some sales people don’t prepare before presentations. They walk into the appointment and say the first thing that falls out of their mouth. I know this happens because; in my job, I get to observe a lot of sales people, but the idea of a team imitating this behavior is frightening.  It takes a significant investment of time, money and people power to bring in a group of four.

Could pre-work make a difference?  We know without question that rehearsal improves performance but, people still resist it, saying, “I know the subject and am too busy to rehearse.” In a film, I was watching recently an executive puts the finishing touches on a power point and immediately walks into a boardroom to make a presentation. Creating a presentation is not the same as presenting it.  It sounds crazy, but you have to say things out loud to know how they sound.  Practice will definitely improve performance. Actors have long known this, could business people learn something from them?

Actors read a script between six and twelve times before rehearsals start. They do this to stimulate their conscious and sub-conscious mind; they want to be crystal clear on what drives their character, the story and the central theme of the plot.

Daniel Day Lewis is legendary for immersing himself totally in a role. When Day Lewis played Lincoln, he insisted that everyone call him “Mr. President”, even when the cameras were not rolling.  During the Last of the Mohicans, he taught himself how to skin an animal, shoot a flintlock and build a canoe. Prior to the filming of My Left Foot, Day Lewis learned how to put a record on a turntable with his toes.

I am not suggesting business people be quite as committed to their craft as Daniel Day Lewis, but perhaps a little more work is in order.  Confidence will be boosted pre-meeting if people spend time thinking about the following:

Confidence soars if you then rehearse what to, actually, say and know who is going to say it. Add interesting meaningful stories, case studies and evidence into the mix, and the team will be ready to rock during the meeting.

Adults learn by doing real life things and by failing at them, which means practice needs to be as close to the real thing as possible and may need quite a few attempts to get it right.  The more time spent rehearsing the better, but be careful, we have all heard, “Practice makes perfect.” I think it should read, “Practice makes permanent.”  Make sure you are practicing the right things, get feedback from the team, and treat it like a work in progress until you know it is right.  Then practice more.

Do you have an important client meeting coming up? Do you want to make sure your team put their best foot forward?  Check out “A Shot of OutSell” to see how OutSell Consulting can help your sales team practice and perfect their pitch.