Is it that the person can’t do it, or you didn’t explain it? 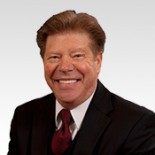 Why Teams and Individuals Don’t Perform –

I’m listening to a seasoned and very experienced sales manager and her director talking over breakfast one morning about one of the manager’s new sales people. The conversation is neither positive nor flattering. It sounds like this, “… At 42 years of age, Bill should know better.  He’s always saying something stupid or inappropriate…. Bill just doesn’t get it. To make matters worse, he manages to show up dressed like he’s going to cocktail hour instead of going to a client meeting. Honestly, I think we just made a bad hire – and now we have to figure out how to get him out of the organization.” All of Bill’s flaws were laid out and then some.

So I asked a couple of quick questions:

2      The team/individual lacks the skills to achieve acceptable results.

3      The team/individual has the skills but lacks the motivation/attitude/and will.

4      The team/individual lacks the tools and resources to do the job well.

5      The team/individual lacks the commitment or work ethic to get the job done.

6      The team leader’s expectations and goals are unclear or unattainable or both.

7      The team leader does a poor job of transferring skills.

8      The team leader does a poor job of motivating their team and/or individual contributors.

Experience has shown me that most managers expect to hire good people and then assume that they know what to do and how to do it. The truth is, that’s rarely the case. Even experienced and successful people need to be very clear about what you want and expect and exactly “what success looks like” behaviorally from your point of view.  Otherwise, how can you expect employees to deliver the level of performance you want?

Learn how OutSell can help you drive sustainable change.